Mary J. Blige, Issa Rae, Ketanji Brown Jackson, and 13 other Black women have been named in the 2022 TIME100, an annual list of the 100 most influential people serving essential roles in entertainment, politics, sports, and business, among other fields.

“When our team gets together to choose the TIME100, we have one barometer: influence. Who shaped the year? Who stood up? Who stood out? Influence, of course, may be for good or for ill—a dichotomy never more visible than in this year’s TIME100, which includes both Vladimir Putin and Volodymyr Zelensky. They are the poles of this list, and of this moment. The Russian dictator behind a brutal war, and his foe, the Ukrainian President, whose leadership has made him a rare heroic figure in our divisive time.” 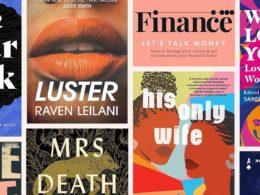 Earlier this year, Black Girls Book Club curated this list of 11 books by Black Female authors to read in…
byMichelle
711 views
No comments 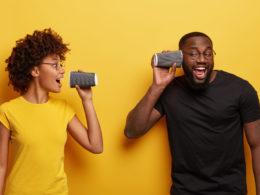 Women’s History Month isn’t just for the girls. Everybody can get in on the celebration and should. This…
byMichelle
647 views
No comments

Authored by: Eden Carswell When it comes to black men and mental health, conversations surrounding the subject are…
byClaire Howard
170 views
1 share
1
0
0
No comments

Black Interior Designers Who are Changing the Game

When it comes to finding a source of #inspiration for your new home decor project, Instagram never disappoints.…
byMichelle
882 views
No comments