You are in for quite the treat if you haven’t watched Netflix’s latest reality TV show, which is brought to us by the same hosts and creators of the popular show Love is Blind. The series is making rounds online for its undeniably problematic premise, which features six couples, where one person has initiated an ultimatum to the other to marry. On the show, both partners are allowed to date other people and potentially choose someone else or the partner they came with to marry or move on.

So, here are four things we learned from this wonderfully messy and entertaining show:

Lesson #1: Not working through your trauma won’t save you from taking accountability.

Starting with a heavy hitter, okay? We heard no lies from that confrontation between Shanique and Zay, where she confronted him about his inability to take responsibility for his actions, despite what he’s been through.

It’s a tough pill to swallow, but other people don’t owe you a get-out-of-jail-free card just because of your past. Own up to your mess and heal from it.

Lesson #2: Be wary of men who love-bomb you wearing a cowboy hat.

Oh, Colby…if you ever come across a person, cowboy hat or not, who shows you immense affection right out the gate or who says “I love you” after just a few days, run the opposite direction.

Lesson #3: Get the “kids” conversation out of the way before proposing.

We’re looking at you, Nate and Lauren. Nate, the ultimatum issuer, wanted kids, which Lauren did not. So watching their proposal felt like the beginning of a disaster.

Don’t do what they did, and If you know you feel a certain way about having or not having kids, talk to your partner about it before getting serious.

Lesson #4: Time and money invested in a relationship won’t make it worth it.

Years and money poured into each other in the past won’t make your relationship magically better in the future. Couples on the Ultimatum had years behind them, but as we can see…all that time and money did not mean each partner was good for the other person. You’ve been warned.

What did you learn from Netflix’s Ultimatum? 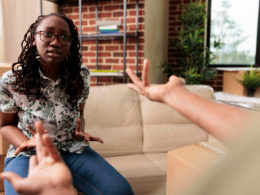 Don’t Sell the House Your Grandparents Passed Down: Black People, Preserve Our Wealth

It’s a scenario many Black people are familiar with: Your grandparents pass away and leave you the family…
byMichelle
433 views
No comments 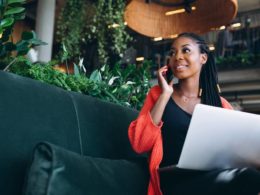 If you’re an entrepreneur or business owner of any sort, I’m sure you’ve heard of business credit before.…
byMichelle
558 views
No comments 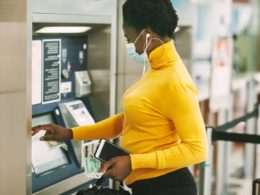 #BankBlack: 11 Black-Owned Banks You Can Start Banking With Today 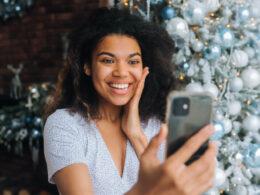 Don’t Let Being Single During the Holidays Bring You Down

The holidays are a time when single people can feel especially lonely. While everyone else is posting about…
byMichelle
261 views
No comments