6 Cancers Black People Should Normalize Getting Screened for Earlier

This weekend’s devastating news of the passing of singer Traci Braxton, at the age of 50, rocked the world, especially in the DMV, where she and her family resided. Most of the devastation came from the way she passed – Esophageal Cancer, an illness that she reportedly battled for a year, and a battle that, like celebrities Chadwick Boseman and Virgil Abloh, she battled privately. With this latest casualty, the deaths of Blacks at a young age due to cancer are eerily starting to become a trend. Taking better care of our health and preventative measures to neutralize this horrible disease should be normalized in our community.

Here are six cancers we should normalize getting screenings for earlier in life.

After claiming the life of Chadwick Boseman, at the age of 43, colon cancer has become the focal point of concern amongst Blacks. According to the Roswell Park Comprehensive Cancer Center, blacks have the highest incidence of colorectal cancer, and the rate has surprisingly increased in younger African Americans under the age of 50. And it gets worse, men under the age of 50 diagnosed with the disease contract it at an advanced rate.

While this form of cancer our community is no stranger to, it is still alarming to know that, in people younger than 45, breast cancer is more common in Black women than White women. And there are also several risk factors of breast cancer. For instance, did you know that using permanent hair dyes was associated with a 45% increased risk of breast cancer in black women compared to only a 7% increased risk in White women. Crazy! MEN CAN ALSO GET BREAST CANCER

Every year in the U.S., approximately 14,480 women will be diagnosed with cervical cancer. Alarmingly, Black women are more than 1.5 times likely to test positive and die of cervical cancer than White women. It has also been reported that baby and talcum powder have been known to contribute to cervical cancer.

According to the Pancreatic Cancer Action Network, Black Americans are more likely to get this than any other racial or ethnic group. This cancer is also one of the most fatal. The best screening is to check family history to ensure that you’re not at risk and look for warning signs such as stomach pain, jaundice, and digestion issues.

According to Healthline, liver cancer tumors appear to be larger in Black patients. After a study was conducted at Mt. Sinai of 1,195 people who developed liver cancer after Hepatitis C, 390 were identified as Black. New screening procedures could produce earlier treatments and save lives.

One in seven Black men will develop prostate cancer in their lifetime and twice as likely to die from the disease. Black men are more likely to be saved by screening; Black men (and their doctors) should consider increasing screening for this disease.

Studies reported by the National Institutes of Health have found that at least 75 to 80 percent of cancers in the United States may be prevented by lifestyle changes. 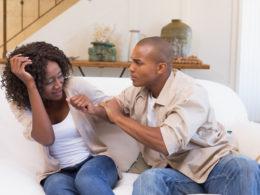 No one wants to imagine that their loved one would ever intentionally harm them; however, the reality is,…
byMichelle
1.2K views
No comments 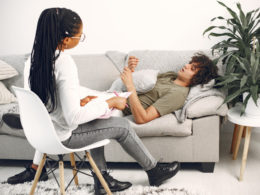 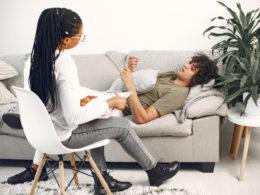 The Benefits of Seeing a Therapist to Start Your New Year

Most of us probably have some big aspirations lined up for the new year, whether that be achieving…
byMichelle
444 views
No comments 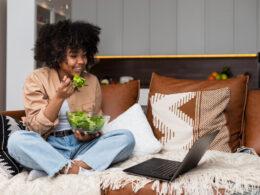 The Importance of Gut Health

If you’ve ever had a stomachache, you know just how much it can affect your day. It can…
byMichelle
223 views
No comments