Apparently, in today’s day and age, the dating scene is crazed and deranged. Most don’t know what they want or pretend not to want anything. While others are running scared, some are simply running game. So, let’s get into it, shall we? Here are seven signs you’re dating a f**kboy.

Men who have too much of a way-with-words or don’t show any signs of nervousness or shyness when first meeting you are dangerously enticing. If they are enticing to you, you can rest assured other women feel this way, too. The odds of him basking in that luxury is VERY high. Proceed with caution.

2. He is consistently inconsistent

This could have been number one! A man that does things frequently or in one way at inception then suddenly switches his behavior is a dude who is likely not to be trusted. It means he’s either gotten what he’s wanted from someone else and is no longer interested, still interested but to a lesser degree, or is currently courting someone else and isn’t comfortable pursuing you to the same degree as before. Either way, you are not a priority for him to show you any consistency–move along.

3. He pushes for sex from the jump

A sex-thirsty man is one who tells you what he wants from you from the beginning: sex. If he immediately offers his “services” before requested, just know that this one comes without a warranty. If you satisfy his request too soon, don’t expect much from him after that. This is the ultimate test for both of you.

4. Things never quite add up

If it doesn’t add up, there’s a reason. If he’s not telling you something, he’s elusive and distant, or he avoids certain topics of conversation, take heed. Secrets are usually the first sign of f**kboy antics, so go with your gut before it’s too late. One plus one will always equal two.

His Instagram is constantly full of women in the comments battling for his attention. The odds are they’re doing it for a reason. Be careful: he could be sleeping with one or ALL of them. Unfollow alert.

6. He blames you for your real feelings

7. He “never does relationships”

Chile, men like this, are never in relationships because they NEVER want to be. The F**kboy bottom line. When you get to his point, GET OUT!

The f**kboy lurks everywhere nowadays. We all know at least one or five. Some are intentionally on the prowl, hunting for emotional attachment and/or sex from women just for sport. However, some men (or women, although the f**kgirl is rare) are still figuring it all out, and the women they encounter are simply casualties. You won’t always know their intentions, but you should always know YOUR limits, worth, and how much time you’re willing to waste. You can, and should, always leave when your needs aren’t being met and not one minute later. Always use discernment and self-love when choosing fight or flight. Look out for these signs and stay f**kboy-free! 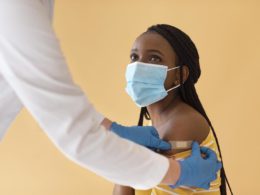 Navigate COVID-19: What to Know About the Delta Variant and Should You Get Vaccinated?

If you haven’t heard the news, the Delta variant is the latest COVID-19 strain to provoke new fears…
byMichelle
984 views
No comments 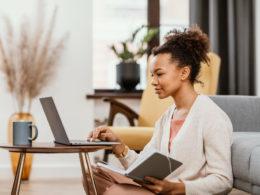 5 Things You Can Do to Make Working From Home Better

At this point, is it even worth it to set a date for going back to the office? …
byMichelle
937 views
No comments 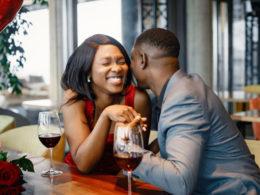 5 Rules to Help You Avoid The DMV Dating Pitfalls

Written By Eden Carswell Dating in the DC area is kind of a sour patch kid. Some people…
byClaire Howard
643 views
No comments

5 Tips for Protecting Your Hair During Fall

Fall season is here and we’re totally here for it! The chilly weather, the holidays, and the festivities…
byMichelle
1.1K views
No comments