Should You Buy a Property with Your Partner Before Marriage?

Nothing says “I’m grown” like property ownership. When you’re married, home ownership becomes #couplesgoal. But that doesn’t mean unmarried couples aren’t thinking about making big moves to own property. That begs the question: should you buy a property with your significant other before marriage?

Whether you’re looking for somewhere to live or have big plans for a commercial space – rent is anything but cheap. Property ownership is an appealing option when you can trade those rent prices in for a lower mortgage payment. At the end of the year, deducting mortgage interest from income taxes is an added bonus that may have some unmarried couples questioning what’s holding them back from owning property together. But, every couple should consider three important things if they’re going to buy property before getting married.

People want to own property for different reasons. Real estate can become a strong stream of passive income, but that hits different for unmarried couples. While a married couple buys an asset as a unit in the eyes of financial institutions, there’s a different understanding for other couples. An unmarried couple who buys property is essentially entering into a business deal.

Unmarried couples can’t apply for a mortgage the way married people do. They have to apply for their property mortgage separately. Factors like credit score, income, employment history, and debt-to-income ratio can make or break property ownership dreams. It’s common to see one partner with a stronger credit score or less debt step up to apply for the property for the couple. This could work in favor of the couple who wants to get competitive interest rates, but it could also mean they’ll qualify for a lower loan amount with one income instead of two.

Let’s be real – big investments come with big risks. Buying property is a huge investment, and jumping into it with someone who isn’t legally tied to you heightens that risk. What happens if a couple breaks up? What if someone loses their job or has a financial emergency? The person whose name is on the property title is going to take full responsibility for repaying it in the eyes of the bank.

Buying real estate isn’t an easy process, regardless of who you are. But, an unmarried couple is going to jump through even more hoops to secure their investment. There’s something even more complicated than having to go through this process – separating your property assets when you’re not married.

Property laws weren’t created to protect an unmarried couple’s assets the same way they do for married couples. If things go bad for an unmarried couple, there’s a chance one person may take more of a financial hit than the other. That’s why financial experts on business pages like  Forbes and Money magazine encourage unmarried couples to work with a real estate lawyer who will help them protect their assets with a legally binding agreement similar to a prenup.

“Given that homeownership contributes to wealth accumulation and the homeownership rate is lower in minority groups, data shows that the net worth for these groups is also lower,” the research group revealed in a study called the 2022 Snapshot of Race and Home Buying in America.  “At $188,200, the net worth of a typical white family was nearly 8 times greater than that of a Black family ($24,100) in 2019.”

We see even more proof of these disparities in a U.S. Census Bureau study called the Quarterly Residential Vacancies and Homeownership report, which reveals that Black households have the lowest homeownership rates in the country at 44.7 percent, behind White households with a 74 percent rate of homeownership.

Like the great scholar, Shawn Carter once said, “men lie, women lie, numbers don’t.” The majority of the homeowners representing the Black community are married couples who make up 51 percent of homeowners, followed by single women at 33 percent and single men at 10 percent. Unmarried couples make up five percent of Black homeowners in the Race and Home Buying study. These couples have to face more risks and a lengthier process that includes hard conversations and legal contracts.

So let’s get back to our question, should you buy a property with your significant other before marriage? Even though a lot of financial experts would advise against it, that’s a serious decision every couple needs to make for themselves. What’s important to remember is property ownership is one of the biggest investments anyone can make, whether single, coupled up, or married. Doing the research, having tough conversations, and seeking legal counsel will help you get closer to making the best decision for your future. 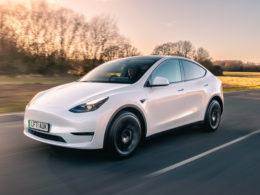 5 Electric Vehicles to Get the Best Bang For Your Buck 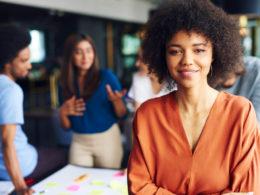 By: Clinton W. Mitchell Black business owners have been disproportionately affected by the economic downturn spurred by the…
byMichelle
982 views
No comments 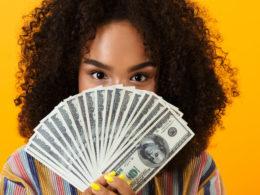 5 Tips to Help You Achieve Your Financial Goals

Written By Jamaal R. Financial expert David Ramsay says, “You will either manage money, or the lack of…
byMichelle
598 views
No comments 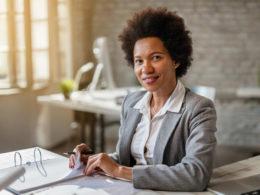 There are millions of Real Estate Agents to choose from when buying your first home. Sure, you might…
byMichelle
422 views
No comments