When it comes to black men and mental health, conversations surrounding the subject are still considered taboo. Though we’re in the midst of a renaissance, with financial literacy, breaking generational curses, wellness, and other topics breaking through to the mainstream, black men going to therapy, sharing emotions, and exploring their trauma hasn’t quite given way to the problematic, archaic ways the black community defines masculinity. Luckily, some have taken on the task of challenging these ideas, often using creative methods to reach a wider audience and show them a different perspective. Malachi E. Robinson—an award-winning artist, entrepreneur, and creative professional native to the DMV area—is one of those trailblazers, employing visual art to start much needed conversation and share his own mental and emotional health journey. Black X, a short film and accompanying art exhibit set to debut today, September 2nd, is his most recent contribution.

In speaking with Malachi, we learned that his passion for artistic expression started at a very young age. “I knew what I wanted to do pretty much since I was a toddler, running around in diapers,” he admitted, citing Michael Jackson as his biggest and earliest inspiration, and his first experience seeing performing and storytelling come to life. The fire remained lit through his teen years and into college; after undergrad, Malachi decided to pursue his art full-time, working on various creative projects as an artist developer, filmmaker, and music manager, as well as starting Point.Black Creative, an independent creative consultancy & agency of which he is the founder and creative director.

For Malachi, creating Black X was a decade-long process, being a labor of both love and introspection. Based on journal entries he wrote in his early 20s during a period of turbulence and change in his life—leaving the Catholic church to explore his own spiritual beliefs, facing resurfacing childhood trauma, and even suffering a severe panic attack in his vehicle that landed him in the hospital—Malachi sought to use his experiences to not only help heal, but start discourse about black men and mental health.  Described as a journey from darkness to light, Black X takes us through Malachi’s innermost feelings and thoughts, polarizing viewers with “nightmarish visuals and electrifying choreography” to drive home the range of emotions black men often grapple with but bottle up when not allowed the space to express them. After a series of starts and stops due to the pandemic, and wrestling with the deep vulnerability needed to display private moments for the public, two years of active work on the project culminated in a stunning execution of passion, openness, and self-love.

When asked why he chose to address black masculinity and mental health through art over other mediums, Malachi commented that he speaks most clearly and passionately through his creative work—reaching people effectively is best done through the visual stories he tells. The benefits go beyond his strong suits, however; per Malachi, art “creates opportunities to connect people, teach, empower, elevate, and push forward difficult conversations.” More than anything, Malachi hopes that this work will “help the next person who looks like me find a way to express themselves through art, in whatever form that takes.” As doing this work was healing for him, he believes seeing these depictions and opening dialogue through them will be healing for other black men (and our community at large).

To check out Malachi’s work and support his efforts, visit https://www.pointblackcreative.com/ for more information on his projects, and head to https://dupontunderground.org/events to purchase a ticket to the exhibit and short film screening of Black X, premiering this evening at Dupont Underground in Washington, DC. Authored by: Eden Carswell Chile, remember that collective cry in the car we all had when–after years of…
byClaire Howard
370 views
No comments 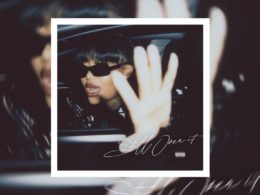 30+ Captions From Summer Walker’s ‘Still Over It’

Tell me how a grown man so childish. Always in Kevin Samuels’ comments – Unloyal Ain’t no competin’ when it come to…
byMichelle
6.2K views
No comments 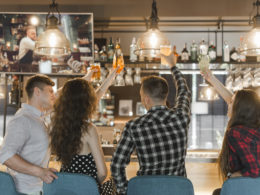 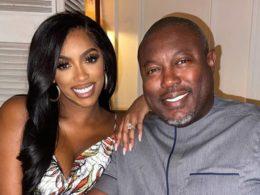 If you’re not up to date on the latest of Real Housewives of Atlanta, that’s okay. All you…
byMichelle
1.1K views
One comment