The Whitewash Effect: How Black Homes Are Appraised For Less

If you google the phrase “Black home appraisals,” countless numbers of articles will pop up with stories of Black homeowners experiencing low home appraisals for high-value homes. The common thread in all these stories is that when Black homeowners let their white friends stand in place for them at their appraisal, the home’s value nearly doubled. Racial discrimination has long plagued Black homeowners, and they, alongside fair housing advocates, all calling for justice.

Carlette Duffy, one of the Black homeowners who received a low appraisal, recalled how shocked she felt when she saw the value of her home had nearly doubled after her friend’s white husband attended the walk-through with the appraiser for her instead.

“It just set in that what was devaluing my home was me,” said Duffy, who filed a complaint against the lenders with the Department of Housing and Urban Development.

Duffy’s words are disheartening and reiterate an all too true reality for Black people all around the country. Discriminatory housing practices don’t just affect Black people emotionally but economically, too. According to a study conducted by The Brookings Institute, unfair appraisals have resulted in an overwhelming loss of $156 billion for Black homeowners.

Black people aren’t afforded the same opportunities to attain generational wealth or the sentimental allure of the “American Dream,” and discrimination in home appraisals is one obstacle that’s been affecting Black people for decades. The Fair Housing Act of 1968 barred home appraisers from discriminating against homeowners based on race, religion, national origin, or gender. But we know all too well that this has done little to stop discriminatory practices in the housing industry.

Devaluing Black homes might seem like a small problem in the grand scheme of things to some, but a loss in equity from a home appraisal means Black people have less to pass on to their children and less money to put back into their community. The devaluation of Black homes affects generation after generation, and Black people have become increasingly frustrated by a housing system that does nothing to protect them.

So, what is there to be done about the “whitewash” effect on the appraisal of Black homes? There’s a lot, but some states have made efforts to address discriminatory housing practices by setting up commissions to help eliminate inequalities, introducing bills that would revoke appraisers’ licenses with racial biases, and calling for more industry oversight.

Black people, it might seem like it isn’t much you can do to fight against discriminatory housing practices, but understanding your rights in the appraisal process is an excellent place to start.

The 800 Club: 4 Tips to Rebuild and Improve Your Credit Score

So, you want to join The 800 Club, huh? Aiming to be one of the many Americans with…
byMichelle
620 views
No comments 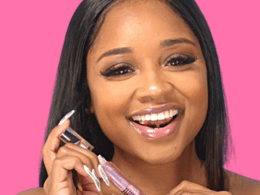 Juicy by Jay: The Lip Gloss is Indeed Poppin’

[Written By: @bleumargeaux] Lip gloss is arguably the most important product in the beauty game. Walk into any…
byMichelle
1.1K views
No comments 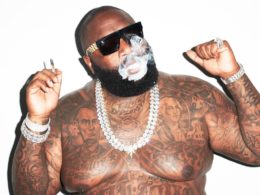 Rick Ross, the king of luxury rap, has a wide variety of investments. Ross’ net worth is estimated…
byMichelle
5.4K views
No comments 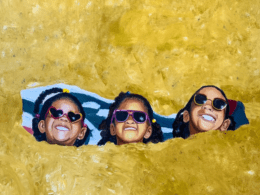 Tips From Lex Marie on Buying Your First Art Investment

By Eden Carswell For many of us black folks, seeing “art” and “investment” is one long head scratch.…
byClaire Howard
363 views
No comments